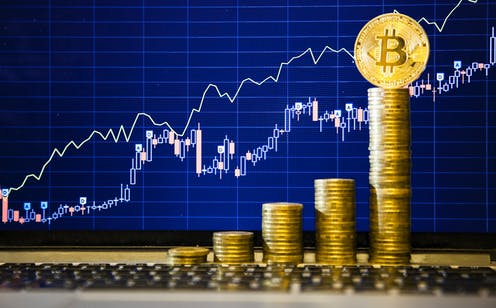 After reaching a new all-time high of $42K on Friday, Bitcoin price was craving for so-needed correction. However, Bitcoin price lost almost 25% today only and almost 30% from its All-Time High.

This weekend was pretty bad for Bitcoin's global market capitalization, which first crossed the $1 trillion level and then lost $60 billion, now hovering around $940 billion.

Over the past 24 hours, BTC fell $9,000, touching a low of $32K. Its price plummeted $3,000 in less than 2 hours, leaving a huge impact on futures traders, liquidating $1.1 billion in buy positions. In terms of dollar value, today’s price fall signifies the biggest Bitcoin crash of all time.

Of course, the pullback is a must after the parabolic bulls move. Since Bitcoin reached its ATH in December it didn't face any logical correction till today. So what caused this eclipse? And what to expect from the most advanced digital asset in the near term?

Crypto community calls to calm down

Kain Warick, the founder of derivatives liquidity protocol Synthetix, tweeted to calm down those who are already looking to sell their BTC out of fear to lose more in the nearest future:

“The key takeaway here is that if you are a new entrant to the market or you have been here for a while don’t be spooked by a -10% daily candle. While we all carry a little PTSD from late the 2018 capitulation, it is important not to overreact to intraday moves or even intraweek.”

Now small Bitcoin holders are afraid of further Bitcoin price drop and react to the market changes stronger than holders of bigger amounts of BTC who are aiming for the long term holding.

Elias Simos, Protocol Specialist at BisonTrails said on his Twitter:

“While you were selling, whales were gobbling up your Bitcoin.”

It has happened before

Let's come back to the Christmas bull run in 2017 when Bitcoin hit its all-time high then. During the BTC rally, we watched something similar to what is happening with the most valuable digital currency today. For instance, between November 9 and November 13, 2017, the BTC price crashed 20% from $7,459 to $5,950.