Buffet, Cuban, Mr Doom: Why do they Hate Bitcoin? 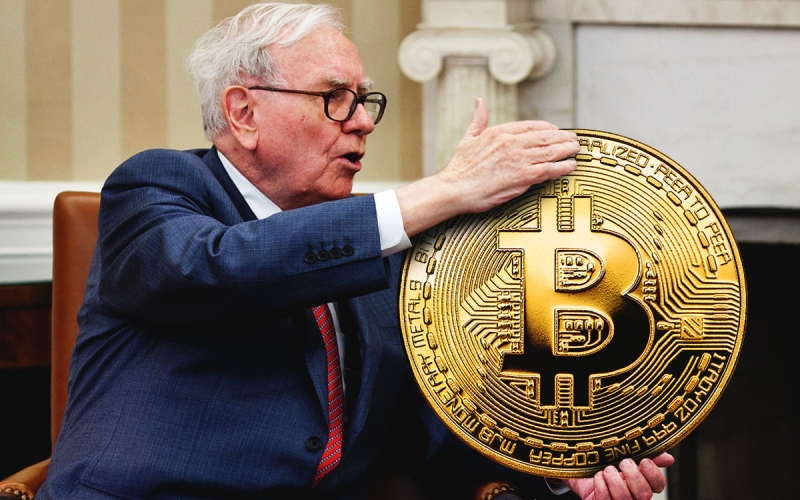 Buffet, Cuban, Mr. Doom: Why do they hate Bitcoin?

We can love Bitcoin and we can hate it. But there are hardly people who are indifferent to the world`s most advanced digital asset. Someone`s hate seems so intentional, that we can’t believe it, really.  Who are those people who can’t stomach Bitcoin? Is there a chance they are undercover holding it since long ago?

Warren Buffet never ever invests in Bitcoin and other cryptos but talks a lot about virtual assets. Even when crypto entrepreneur Justin Sun gifted Buffett a Samsung smartphone with bitcoin, the CEO of Berkshire Hathaway donated cryptocurrency to San Francisco's GLIDE Foundation.

Buffet called Bitcoin "rat poison squared," a "mirage," and a "gambling device" and here is why. Buffet invests in what he truly knows. One of his forever (and efficient) investment lessons is never to invest in something you don't understand.

It’s not a surprise that Bitcoin`s technology is hard to learn for Warren, as it sometimes may be confusing even for the tech-savvy.

Buffett believes crypto is waiting for a really bad ending, but he has no idea when.

"I get into enough trouble with things I think I know something about. Why in the world would I take a long or short position in something I don't know anything about?" said Buffet in one of his interviews with CNBC.

We don’t call to support his opinion regarding Bitcoin, but we call to learn crypto and Blockchain properly before purchasing digital assets. The online courses will be the best initial investment and guarantee from many losses and mistakes.

A few months ago billionaire and technology investor Mark Cuban told in one of his Q&A sessions he would prefer owning bananas to BTC. A Twitter user asked Cuban why he was so against cryptocurrency, taking into account his strong position on always “providing an opportunity for people to grow their net worth.”

Cuban stated in reply that Bitcoin has no inside value — same as artwork, baseball cards, and comic books.

Moreover, Cuban believes Bitcoin is too difficult for the average person, and then compared cryptocurrency to gold:

“I say it’s like gold. Gold is a religion: people who are really into gold — they’ll tell you that there’s a bad depression and things go to hell in a handbasket, if you own gold then you’ll be okay. No, you won’t! You carry around a gold bar — someone’s gonna hit your ass, knock you out and steal your gold bar and it’s gonna happen again and again and again. I’d rather have bananas, I can eat bananas. Crypto… Not so much.”

American economist and Stern School NYU Professor Nouriel Roubini talks about Bitcoin and hates Bitcoin. Roubini got his ‘Dr. Doom’ moniker after his accurate prediction of the 2008 financial crisis 2 years before it happened. Dr. Doom believes Bitcoin to be the most manipulated asset the world ever had.

"Retail investors with massive FOMO have been jumping again into BTC as they did in late 2017 when the price went from 10K to 19K only to crash down to 3k in 2019. Only winners were the manipulative whales that dumped their BTC to these retail investors & led to its 85% price fall," said Roubini.

Besides, Roubini is assured that no merchants use Bitcoin as its volatility causes a lot of risks that any profit margin is already wiped out before users convert it into fiat.

Dr. Doom also believes crypto is toxic for the environment as POS consumes large amounts of energy and pollutes the earth.

Investing in Bitcoin seems to Roubini the same as taking a portfolio to the illegal casino and gamble. While legit Las Vegas casino's odds aren't manipulated the same way as Bitcoin is being manipulated strongly by Tether and whales.

Why They are Against BTC

It’s important to have your own opinion based on your own knowledge, experience, and analysis. Sometimes people have experience but are lacking knowledge. The Tech world is similar to real-life - it is always better to be more educated before taking any serious decision.

If you want to avoid big mistakes and losses when trading your cryptos, learn how Bitcoin and Blockchain work.

The best crypto online courses for any budget are here for you.