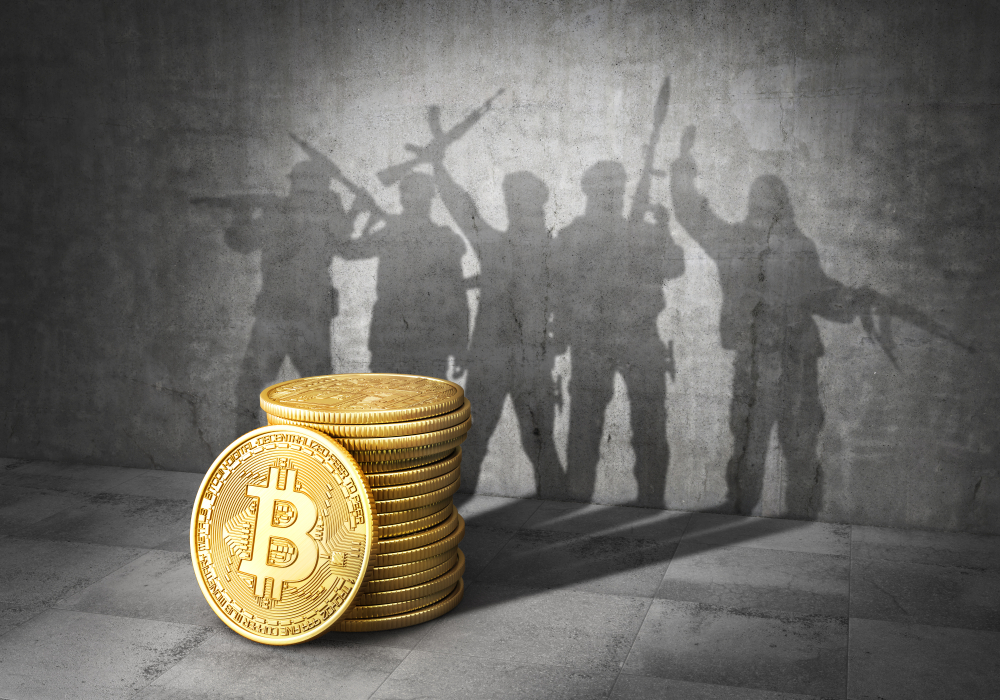 The Blockchain analysis company Chainalysis reported earlier this year that cybercriminals have been increasing the use of proficient ways to turn the illegal income of crypto into cash. The report has shown today`s big issue with following anti-money laundering laws.

The report from Chainalysis says that "over-the-counter brokers" crypto exchanges made it more troublesome to track digital currency and terrorist financing used in cybercrime.

The U.S. Justice Department announced later this year that federal agencies have seized bitcoin and another cryptocurrency worth more than $2 million from a number of terrorist groups.

According to the announcement, the confiscation of digital currencies by the Justice Department, along with the FBI, Department of Homeland Security, and IRS, is the government's largest confiscation of cryptocurrency-related to terrorism-sponsoring.

US law enforcement also arrested 300 crypto accounts, 4 websites, and 4 Facebook accounts. All of them were destined to finance the three biggest terrorist organizations: ISIS, al Qaeda, and the al Qassam Brigades, the military wing of Hamas.

"By raising cryptocurrency on social media, these terrorists tried to bring terrorist financing into the current age. But these actions show that law enforcement remains a step ahead of them," reported John Demers, assistant attorney general for the Justice Department's National Security Division.

"While the identity of the [bitcoin] address owner is generally anonymous (unless the owner opts to make the information publicly available), law enforcement can identify the owner of a particular [bitcoin] address by analyzing the blockchain", according to the official report.

Donate or not donate

U.S. investigators have found an affiliate of the terrorism group ISIS selling faked N95 masks and other personal protective equipment through the website FaceMaskCenter.com. The FBI and other law enforcement agencies arrested the FaceMaskCenter.com website along with all Facebook accounts linked to this fraud scheme.

The Justice Department found that al-Qaeda associates working in Syria ran a bitcoin money-laundering chain that has been using Telegram and other social network platforms, to seek cryptocurrency donations.

In some cases, donators were trapped into the belief they were giving money to rightful causes, however, sometimes the al-Qaeda associates openly asked for fund donations to buy weapons.

Do not ever forget to use your cryptocurrency smartly, never show your crypto wallet private key to anyone, even people you know personally. Do not donate, or buy anything from any suspicious organizations, or personas. And to be secured from unexpected losses, get more knowledge about Bitcoin and Blockchain, using our simple guides and online courses!