How Bitcoin Multiplies Your Business Revenue 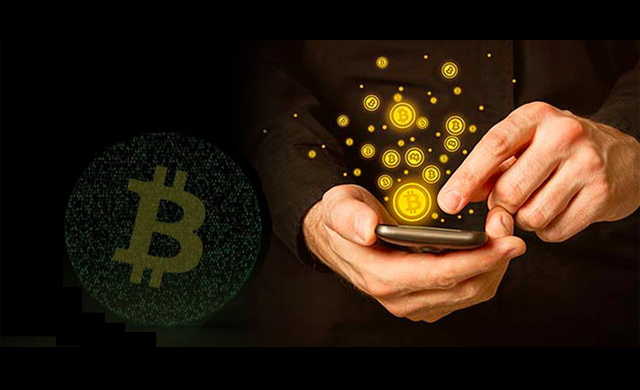 How Bitcoin Multiplies Your Business Revenue

There is an important change waiting for the whole food service in the nearest future. And Starbucks is the first company to implement this innovation in its technology.

First announced in 2019, Starbucks is now on the verge of deploying a blockchain network for end-to-end coffee bean traceability and increase product transparency. This technology might bring new customers to buy at your store or eat at your restaurant.

And yet the question arises, how many places will accept Bitcoin as payment in 2020?

After its latest partnership with Microsoft to build a verifiable coffee production blockchain, Starbucks is at the center of modernization again.

Although no official announcement has been made yet, since March 2020 Starbucks customers are able to pay for their coffee with Bitcoin, using the “Bakkt Cash” cryptocurrency platform. Moreover, in 2019 Starbucks started accepting Bitcoin and other cryptocurrencies through the Flexa system.

If you were wondering why I should get Bitcoin as a payment in my store? Here are some facts that will interest you.

And now many of us are curious about if all the changes and innovations made an impact on the famous coffee chain. We have an answer, yes it made an impact and a big one!

And within these impressive profits, the significant change they made was actually adding Bitcoin as payment in their stores.

The community of bitcoin owners is very supportive of businesses that adopt bitcoin as a payment and adds a significant percentage to profits.

This revenue hit one of the most famous coffee chains even despite the fact that lockdown has led many coffee lovers to brew their coffee at home than ever before. Lockdown is now easing in many countries, but people have adjusted to making coffee at home. Still, after Starbucks made it available to pay for their coffee with cryptocurrency, its revenue has been raised significantly.

Based on these facts, companies such as the Bitcoin Adoption Institute have started training business owners, no matter small or big, on the right way to start receiving Bitcoin. https://bitcoinadoption.institute/business

And yet Starbucks is not the only business that admits Bitcoin has increased its revenues.

Why you would want to move to Germany

Not like most advanced countries, Germany doesn’t consider Bitcoin as currency or stocks. Instead, Bitcoin and other digital currencies are recognized as private money. Why is Bitcoin so important for Germans? The answer is pretty simple, private sales bring tax benefits to Germany.

Rule 23 EStG says that private sales that do not transcend 600 euros are tax-free. What is more attractive to crypto investors is that you pay no tax if you hold Bitcoins or any other altcoins, for a period of more than a year. No matter how much you earn when trading cryptocurrencies, you don’t pay tax on the gains you made if you’ve held them for more than a year.

Back in 2013, The University of Nicosia, a private school in Cyprus, became the first university to offer its students a program called “Master of Science in Digital Currency.” Of course, any student who wants to study this program can pay for the course in Bitcoins.

In addition, Forbes reported, "Institutional demand for bitcoin is soaring amid the coronavirus crisis,” and continue “Institutional investors, primarily hedge funds, accounted for 84% of Grayscale bitcoin and cryptocurrency fund investment in the second quarter of 2020, up from 81% for the trailing 12 months. New investors represented 57% of the Grayscale investor base during the quarter, up from 49%—though they only accounted for $124.1 million of the inflow into the Grayscale digital asset products.”

It can be deduced from this that these same investors will look for more and more places to buy their luxury products using Bitcoin.

With the tremendous growth rate of e-commerce sales following the fact that we are all stuck at home by the raging virus, more online payment options are dominating the market. After all, it is not so difficult to comprehend that actually, the best way to pay online is in Bitcoin.

Bitcoin marketplaces will become a consensus in early 2021.

There is a luxury BTC marketplace called BitPremier, where anyone could buy a villa in Bali or an $11 mln yacht. Well, buying a yacht with Bitcoin sounds logical.

Also a US luxury jewelry chain ''Reeds'' has recently started accepting Bitcoins as a form of payment. And by that join the club of businesses who have been leveraging their revenues with the help of Bitcoin by at least 7% a year and more.

“Meltdown Comic Shop” in Los Angeles is the first-ever comic book shop that recently started accepting Bitcoins as a form of payment.

Yet receiving bitcoin as payment in your business doesn't always mean that this is what you'll see in the bank. A business owner these days can receive Bitcoin from a client and yet get dollars or euros into his bank account.

Coinify, a company from Denmark, allows payment in Bitcoin received from the business owner as Fiat ("regular money", dollar Euro) by bank transfer to the bank account.

This move is so successful that official courses have been opened that equip Bitcoin consultants who provide technical support to businesses that want to be exposed to Bitcoin customers, without being exposed to the currency itself.

In the end, we cannot miss Elon Musk's Tesla that embodied Bitcoin as a form of payment. Elon is a man who over the years never stops changing the world, and he is doing it no matter what they say. Some said he is crazy and insane, but it doesn’t stop him from being the revolutionary of the modern world. With his ideas and hard work, he managed to achieve unreachable aims, and we know he will do more than anyone can expect.

When we want to change the world, we start by changing our habits and views. We start thinking big and try things we never did before, things that bring us the greatest success. Entrepreneurs who made an innovative step to adopt Bitcoin as a form of payment in their Businesses today generate more income than any analyst can predict.

And this positive tone is the best start for Bitcoin as a payment for any business owner in 2021.